Detox Diets 101: Keeping Your body in Shape through Proper eating

If you’re feeling sluggish, or you think you’re always full and the food has settled in your stomach, undigested. If you think you’re fat and need to lose weight. And if you think that you’ve ingested more than the allowed preservatives and additives into your body and your liver’s starting to show symptoms of abuse, then it’s time for you to go on a Detox program.

Detox or detoxification is the process of neutralizing or eliminating toxins from the body. Detox plans may be in different forms and ways – from regular exercise to body scrubs and spa massages, to yoga and meditation. But the simplest and the most common perhaps is to go on a detox diet.

A detox diet is a program that minimizes the chemicals ingested into the body by going for organic food. It highlights food like vitamins and antioxidants that the body needs for detoxification. It also involves taking in of food that will aid in the elimination of toxins like high fiber food and water. It generally suggests a high intake of fresh vegetables, fruits, beans, nuts and lots of fluids, while cutting down on caffeine, alcohol, yeast and sugars.

So why go for a detox diet? If you’re a regular fast food chain eater, you’ve probably ingested many fat-soluble chemicals contained in the French fries, cheeseburgers, twisters and soft drinks you’ve consumed. An ‘overload’ of these chemicals in the body can lead to illness and conditions like liver malfunction, kidney problems, hormonal imbalance, nutritional deficiencies and inefficient metabolism. And the most common symptoms of these illnesses are the usual fatigue, poor skin and low tolerance to pain.

By going on a detox diet, people would have improved energy, clearer and fairer skin, a regular bowel movement, improved metabolism and digestion, increased concentration. Generally, it spells wellness and a better well-being.

A word of caution…though anyone is allowed to take on a detox diet, pregnant women or those who are nursing are cautioned not to go on such plans as they need the necessary nutrient for nursing. And unless recommended by a doctor, people with anemia, eating disorders, heart disease, low immunity, low blood pressure, ulcers, cancer, the underweight or those suffering from alcohol or drug dependency should try on a detox diet. Furthermore, such detox diet programs should be properly planned with the doctor and a nutritionist.

Other Things You Need to Know

Side effects may occur within the first few days of starting the detox diet. There’s headache and a general feeling of weakness as the body is adjusting to the change in food intake. So it is recommended to start your diet plan gradually or on Fridays when you won’t be doing much physical activity or requiring much energy. Others may experience diarrhea as the body eliminates the toxins, so take care not to be dehydrated. Drink plenty of water.

Take note that such detox diet programs should not be done for a long time. They are normally recommended to be done at least one to two times a year, and should be done during the warm months.

If you’re thinking of getting started, make sure you consult a doctor or a nutritionist. Read up on detox diets and seek advice from the experts. Remember: Too much is bad. After all, you’re doing it to improve your health, not ruin it! 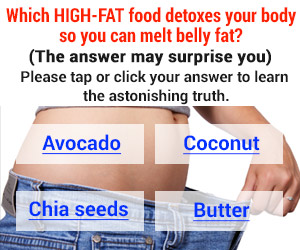